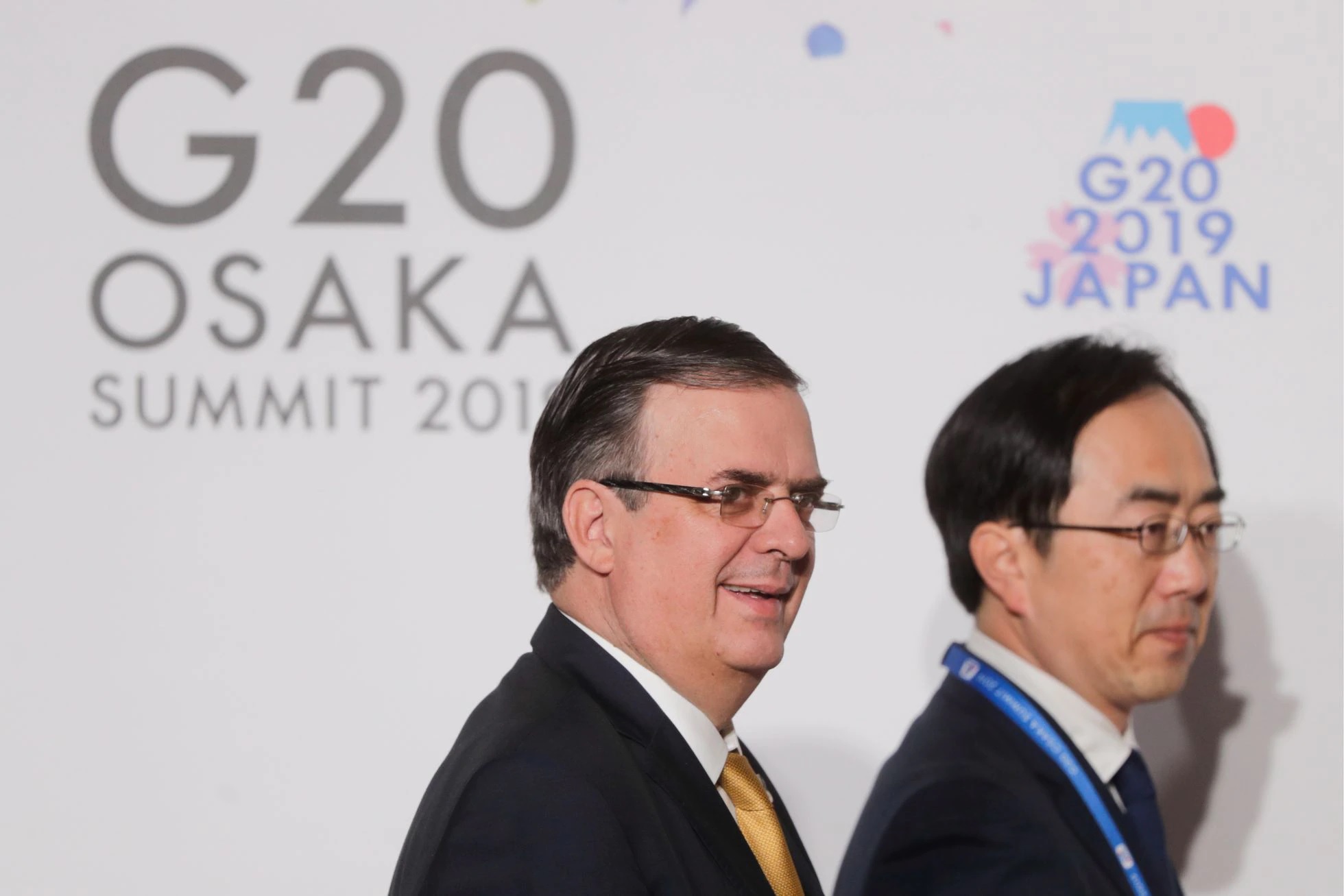 Foreign Mexican Minister Marcelo Ebrard takes part in the Rome summit with a focus on recovery after the pandemic and migration.

Mexico takes part in the G20 Summit held in Rome this weekend with a priority that has marked the country’s international agenda since early last year. Chancellor Marcelo Ebrard, who traveled to Italy on behalf of Andrés Manuel López Obrador, will make a case for the achievement of the “universal recognition” of all World’s Health Organization (WHO) approved vaccines.

The authorization of the multilateral organization must coincide with the approval of the Member States. Both in Mexico and most of the Latin American countries, millions of people have been immunized with doses of CanSino and Sputnik V, which they haven’t been recognized, or with Sinovac, which in June received the WHO endorsement, but is not yet accepted in some European countries.

The Mexican administration had been promoting for months a sort of diplomacy of the vaccines that had been trying to gain ground on the regional board. First, by defending before the United Nations Security Council the need for a fair distribution of pharmaceuticals, and now by trying to equalize immunization from different sources. With this initiative, the Ministry of Foreign Affairs explains, it intends to "Eliminate existing discrimination in the recognition of vaccines, achieve the goal of universal vaccination and facilitate international mobility under the same conditions for all persons."

The G20 Summit it’s celebrated with a focus on recovery after the coronavirus pandemic. With these premises, the Mexican delegation considers crucial a debate on the formulas to facilitate not only the restoration of economic but also social conditions throughout the world, “so that not only some countries have the most relevant recovery.” Ultimately, the goal consists in conjuring up a two- or multi-speed growth horizon.

This Friday the Undersecretary of Health, Hugo Lopez-Gatell, has announced that over 80% of the adult population has already been immunized with the first dose, and a similar percentage of those who have received the vaccine already have the complete schedule. The authorities have distributed more than 125 million vials to nearly 75 million people.

“We did a job of political diplomacy as Mexico has prestige in the comity of nations, especially the people of Mexico are very appreciated. We got special treatment. We are already producing and packing half of the vaccines in Mexico”, López Obrador highlighted. More than half, however, are pharmaceuticals and still have very limited recognition, especially in Europe and the United States.

Another of the issues Mexico wants to address at the G20 has to do with one of the country's pending challenges. The government has worked with other members of the club of the most developed economies to recognize the contribution of migrants in the face of the pandemic and, according to the Foreign Ministry, “to ensure their full inclusion in recovery efforts, with full respect for their human rights regardless of their migratory status.”

Beyond declarations of intent, Ebrard will also recall one of the commitments signed by the Mexican Executive with Joe Biden's Administration, which consists precisely in increasing the prevention of irregular migration, “including attention to its underlying causes.” These preconditions have to do, to a large extent, with shortages, economic crisis, and violence as occurs in Central America or Haiti. Mexico's northern and southern borders have become quicksands where thousands of people are trapped. Last weekend, in desperation because of the delays in the paperwork, a new caravan of hundreds of migrants left Tapachula, on the border with Guatemala, with the purpose of reaching Mexico City to regularize their situation.

The Mexican government is asking Washington to allocate more aid to Central American countries, like Honduras, which suffered two devastating hurricanes a year ago, but the United States usually makes the disbursement of funds conditional on the performance of the recipient countries, which complicates this path.

Climate change will be another focus of the G20 summit. The Executive assures that it’ll continue to support the fulfillment of the goals of the Paris Agreement and "the facilitation of requirements for developing countries to access funds for projects."