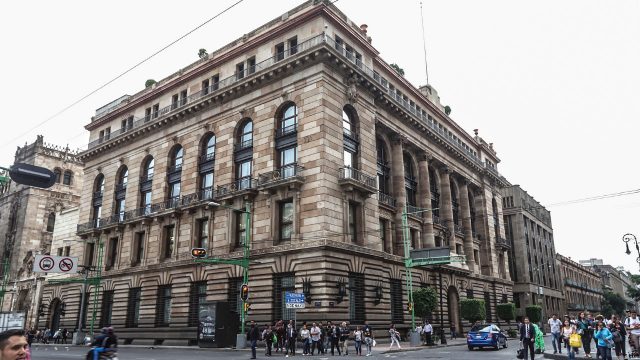 The Bank of Mexico (Banxico) plans to have a digital currency circulating by 2024. This is what we know so far.

The growth of cryptocurrencies and the rapid transition to the digital economy, fueled by the COVID-19 pandemic, have led the world's central banks to consider the possibility of a digital currency. Banxico, the central bank of Mexico, is one of them. The country's central bank announced that its own digital currency will be in circulation by 2024.

It will not be a cryptocurrency, nor will there be blockchain. Instead, it will be a digital version of paper money, known as a Central Bank Digital Currency or CBDC. The CBDCs are used in the same way as cash and are backed by the central bank, in this case, Banxico.

According to MasterCard, CBDCs reduce the inefficiency of printing and moving money, since managing money can cost up to 1.5% of the country’s GDP (gross domestic product). With the increase in connectivity and smartphones, CBDC helps to include people in the digital economy who don’t have access to basic financial services.

In their recent report on the exercise of the powers conferred by the Law for the Transparency and Regulation of Financial Services, Banxico explains that CBDCs "is recognized as a representation of legal tender and its accounting record is established in favor of any individual".

In the Payments Strategy corresponding to December 2021, Banxico states that the objectives of the project are:

Therefore, they’re already “working on the study and development of a platform aimed at the implementation of a digital currency based on the characteristics that SPEI’s clearing and settlement infrastructure already have. That is 24/7 operability, instant payments, high availability, standardization of processes, and robust measures for risk management and cyber-resilience.”

For this project, Banxico envisions three stages. The first one is “resorting to the CoDi ecosystem to allow transfers to be made by indicating only the beneficiary data, like a cell phone number, as well as the temporary maintenance of balances in favor of an unbanked user”.

“At a later stage, this functionality may develop to a tokenized payment order scheme, so that a transfer can be subsequently redeemed. Finally, and based on the progress of the two previous stages, the development of functionalities to make up digital currency records in favor of users directly or indirectly in the central bank is contemplated”, explains the Mexican central bank.

Banxico identifies three characteristics in the current scenario that motivate the launch of its digital currency.

First, the "challenge of a greater financial inclusion, being digital payments a propitious vehicle to detonate such process." Second, the "appetite of private individuals to provide services inherent to money and get income for it". Finally, that the institution "has an infrastructure with functionalities very close to provide a digital currency of a central bank".

On the second point, he mentions: "multiple cryptographic assets have been developed in the market, where those generated outside the regulated financial environment have the aim of supplying the financial entities and institutions to which the public has placed its trust for access to financial services".

However, Banco de México considers that “some solutions provided by cryptographic assets to their users correspond to functionalities that are not available in the traditional financial system (e.g., programmable finances); or that traditional financial institutions offer, but are inefficient to the public (e.g. cross-border payments)”.

Banxico also notes that “however, the provision of such functionalities through these cryptographic assets is inefficient, mainly due to decentralized data storage and high-demand computational processes”.

“In this context, traditional financial institutions and authorities must develop functionalities that offer users payment alternatives at a lower cost, in a more agile and secure way, which also take advantage of the trust they already have from society, reducing inefficiencies in the provision of financial services,” they remark.