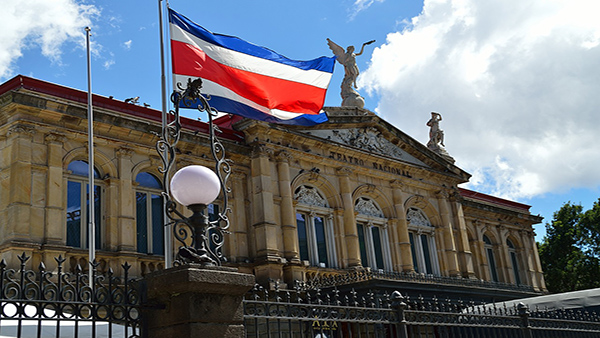 The president of the Costa Rican Union of Chambers and Associations of the Private Business Sector (UCCAEP), José Alvaro Jenkins, congratulated the president of Costa Rica, Rodrigo Chaves and expressed the desire to “work together to recover the north and generate the virtuous circles of growth that the country requires”.

Costa Rica’s business sectors expressed last Monday their willingness to work together with the country’s president, Rodrigo Chaves, to whom they ask to prioritize employment and competitiveness issues to achieve a reactivation of the economy.

The president of the Costa Rican Union of Chambers and Associations of the Private Business Sector (UCCAEP), José Alvaro Jenkins, congratulated Chaves and expressed the desire to “work together to recover the north and generate the virtuous circles of growth that the country requires”.

Jenkins said that this requires “social dialogue as a fundamental instrument to reach agreements” and that entrepreneurs will not stop “in the search for alternatives that contribute to socio-economic development, that promote reactivation, competitiveness and responsible business practice”.

The president of the Chamber of Industries of Costa Rica, Enrique Egloff, congratulated the president-elect and asked him to “focus on competitiveness and employment”.

“For the country it is of vital importance to work fluid communication channels between the new Government and the productive sector, as well as the other fractions present in the Legislative Assembly, facilitating the path of competitiveness,” declared Egloff.

Economist Chaves, 60 years old, was elected president of Costa Rica with 52.9% of the votes in Sunday’s second round of elections, ahead of former president José María Figueres, who got 47.1%. Abstention reached 43.2 %.

Chaves, former Minister of Finance and former World Bank official, focused his campaign on messages against corruption, the “same as always” and “powerful” and “influential” sectors, and promised the population a “change” in the way of governing.

During the campaign, Chaves announced he will bet on actions in economic matters to reduce procedures and facilitate business activities, reduce social charges, demand results from public institutions, generate jobs, attract more foreign investment and lower the cost of living through decrees, the content of which he did not specify.

Chaves, of the young Social Democratic Progress Party (center right), will assume power next May 8 for 4 years, replacing Carlos Alvarado, of the center-left Citizen Action Party, for whom he was Minister of Finance for six months between 2019 and 2020.