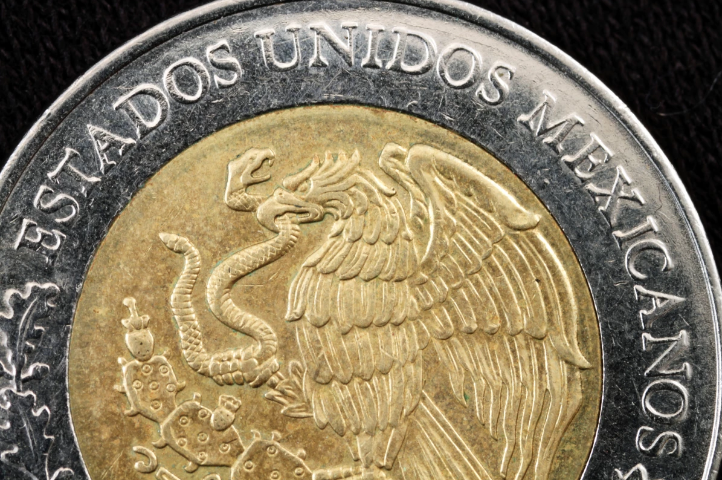 Mexican peso trades at 19.81 units and reaches its best level in almost 5 months

The peso is trading this morning with an appreciation of 0.71% at levels close to 19.8195 pesos per dollar, its best level since June 9, according to data from the Bank of Mexico (Banxico).

The peso traded last Thursday morning with an appreciation of 0.71% to levels close to 19.8195 pesos per dollar, its best level since June 9, according to data from the Bank of Mexico (Banxico). This appreciation is because the U.S. Gross Domestic Product (GDP) for the third quarter exceeded expectations, which would boost the Mexican economy through exports.

“The appreciation of the peso occurs after the publication in the United States of economic growth in the third quarter that exceeded expectations,” detailed the local firm Banco Base. “This is because the U.S. economic expansion boosts the Mexican economy through exports.”

The U.S. GDP grew 2.6% quarterly during the third quarter, according to its first estimate for the period. The market had forecast an expansion of 2.4%.

The Mexican currency shows this advance, although the weighted dollar index shows an advance of 0.37%, after registering falls of 1.70% in the two previous sessions. The dollar index could continue to strengthen in the following sessions as economic growth in the United States favors expectations that the Federal Reserve will continue to raise interest rates in the coming months.

Currently, the Mexican currency is the fourth most appreciated emerging market currency, behind only the Brazilian real, with 1.79%, the Colombian peso, with 1.61%, and the Chilean peso, with 0.93%. For the year, it remains in third place with an appreciation of 3.35%.

“In recent days, the parity has established lower and lower floors; however, to confirm the definition of a downward trend, we would have to ratify the break of the 19.75 peso support, which corresponds to the September low,” said Monex analysts.

“Investors are attentive to next week’s FOMC meeting. This event would be key to analyzing the dollar’s short-term direction. The peso’s critical support is at 19.80. A daily close below would reinforce the bearish bias, exposing the key level of 19.50 (intermediate support at 19.70). From these levels, it is not strange to see bounces above 20 pesos and in line with the Fed’s policy tightening”, mentioned OctaFX analysts.

They added risks that continue to be biased to the upside, among them the natural gas crisis in Europe.