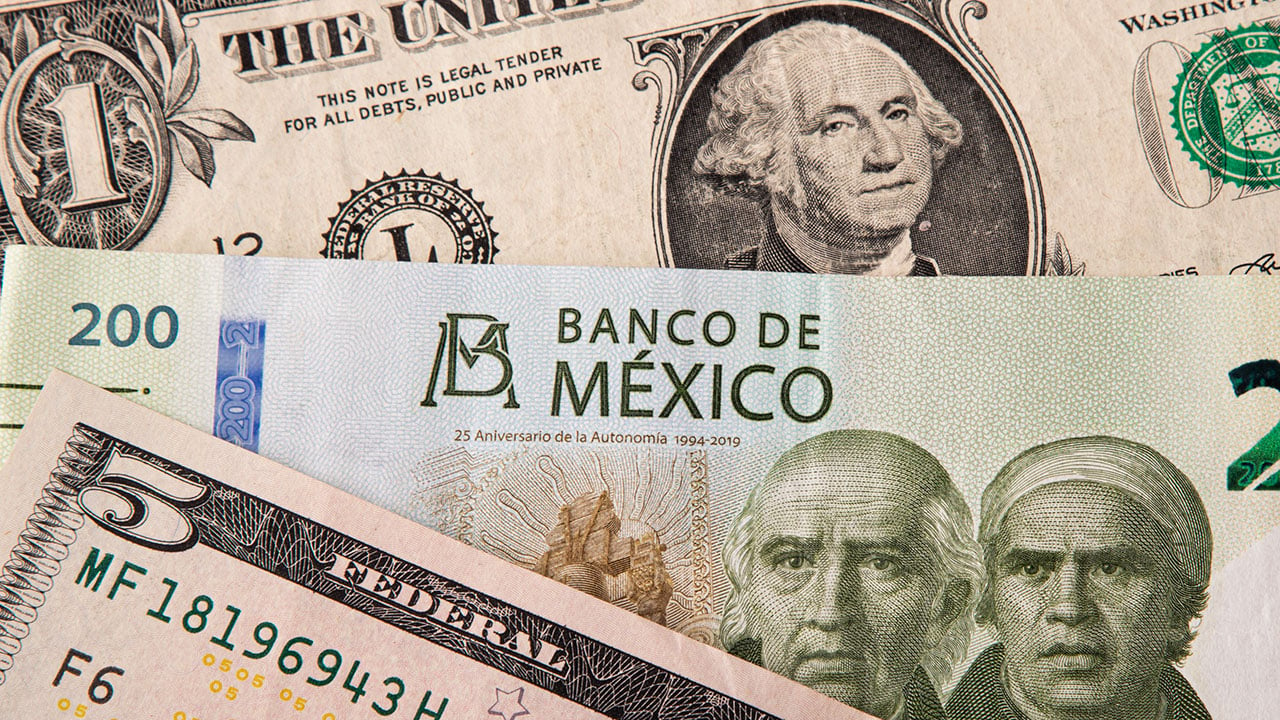 The Mexican peso is the third most appreciated currency against the U.S. dollar

The boost to the Mexican peso is mainly due to external factors such as the weak dollar, remittances, and exports.

The weakness of the dollar and external factors such as remittances and record exports from Mexico are boosting the Mexican peso, which surprises as the third most appreciated currency this year while other Latin American currencies have reached historic lows, according to analysts consulted by EFE.

While currencies such as the euro, the pound sterling, and the Chilean and Colombian pesos have fallen against the dollar, the Mexican currency is the third best performer so far this year, with a positive variation of 3.82% as of November 1, the last day the Mexican market opened.

Mexico’s peso is only behind the Russian ruble (17.61%) and the Brazilian real (8.29%), which places it in second place in Latin America, according to data shared with EFE by the Mexican financial institution, Banco Base. “We cannot speak of a strong peso, but rather of a weak U.S. dollar,” commented Gabriela Siller, director of Financial Economic Analysis at Banco Base.

She’s also an academic at the Monterrey Institute of Technology and Higher Education and pointed out that other factors that have helped the Mexican currency are the inflow of remittances, foreign currency flows from Mexican exports and foreign direct investment.

As of September of this year, remittances added 29 consecutive months with historic annual increases, while exports grew 25% in the ninth month of 2022. “In addition, the monetary policy of the Bank of Mexico (Banxico), which has followed in the footsteps of the U.S. The Federal Reserve (Fed), also favors the currency,” added the specialist.

The Mexican peso closed at 19.72 pesos per US dollar on November 1, while on the first day of the year it was trading at 20.53, according to Banco de México’s interbank data. Siller added that the Mexican currency could reach 19.5 pesos per dollar if global risk aversion and the pace of interest rate hikes are reduced, and disruptions in supply chains are fixed along with the end of the “zero Covid-19” policy in China.

Meanwhile, Janneth Quiroz, chief economist at Financial Group Monex, explained that the peso is a financial asset, so if more dollars come in, this increases supply and the exchange rate remains at the same levels. The analyst also pointed out that tourism has contributed, especially because of the greater number of foreigners who have moved to Mexico because of new labor trends such as teleworking, which leaves income in dollars.

Despite the peso’s resilience, Moody’s Analytics agency warned last month of an “imminent” depreciation of the Mexican peso of 20% against the dollar between 2022 and 2023 due to “monetary tightening” by the Fed in the United States.

Quiroz considered that there may be an additional appreciation for the dollar in the following Fed interest rate hikes, as the expectation is that aggressive rate hikes will diminish. The expert explained that the sentiment of a relaxation of monetary policy “would end up supporting a greater demand for these assets”, including the Mexican currency.

Quiroz added that an internal factor that would drive a greater inflow of US dollars to Mexico is to maintain “a favorable environment for investment, as well as the major macroeconomic indicators”. Ignacio Martinez, from the Laboratory of Analysis in Commerce, Economics and Business (Lacen) of the National Autonomous University of Mexico (UNAM), warned that the appreciation of the peso is only because of external factors.

The expert pointed out that Mexico maintains a certain macroeconomic stability, but mentioned adverse internal factors such as negative gross fixed investment, losing 120,000 jobs in September alone, and inflation of 8.53% in the first two weeks of October.

“So what we have with the peso is not the result of the domestic market situation, but of macroeconomic stability, mainly because of these indicators that bring foreign currency into the country as remittances and exports,” he concluded.