Indonesia's Finance Minister has said a law will soon be tabled in parliament to require value-added tax and income tax from companies doing significant digital business in Indonesia that lack a physical presence.

Sri Mulyani Indrawati listed Google and Amazon among the companies to be targeted by the measure. She hinted that the country's permanent establishment rules may be amended to capture within the income tax regime profits accruing to a company with a significant digital presence in the territory that lacks a permanent establishment.

She said that the bill will also include plans to gradually reduce the corporate tax rate to 20 percent from 25 percent, starting from 2021. A tax holiday, potentially involving a 17 percent corporate tax rate, may be offered for five years to companies undertaking a public offering.

Tax on inbound dividends income will be waived where amounts are reinvested in Indonesia, she further said. 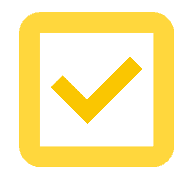